After that they drove me to see the Garden of the gods. That area is absolutely stunning! The green and the red rocks are so compensating each other which makes for a stunning landscape.

The road through it all gives beautiful vistas as well.    And Pikes Peak is towering about it all constantly with the top covered in snow. 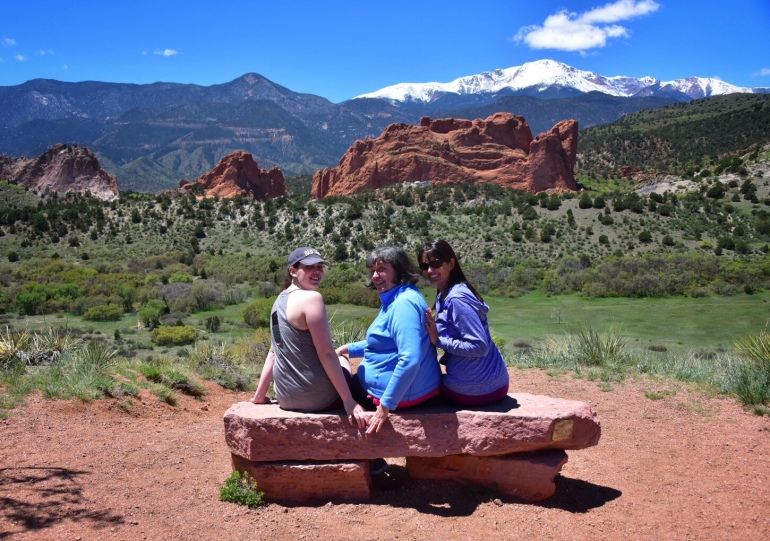 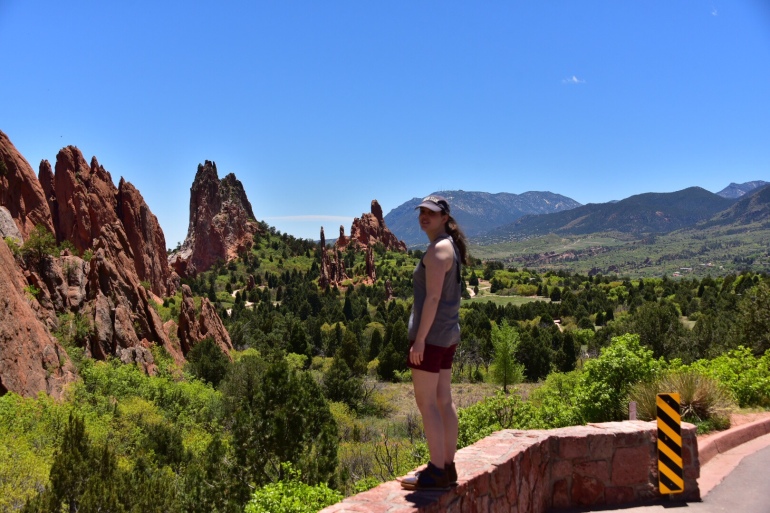 After my visit to them I decided i would love to drive the rv there too. It was on the way to the campground as well and the evening golden light could make the red rocks glow I thought. 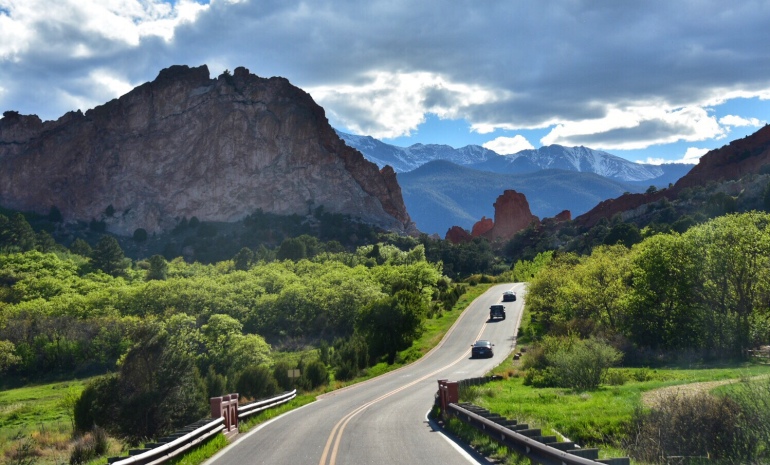 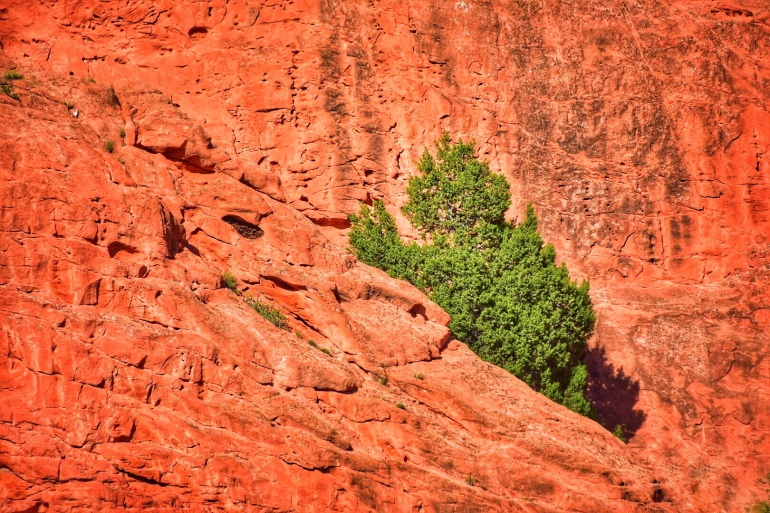 The next morning Brett, Joanne’s daughter took me to the chapel at the US Air Force Academy. Her family is a sponsor to two cadets at the academy. I met one of them the day before, who was getting ready for the Ringdance. Beautiful dress and all. So the cadets get sponsors while their attending the academy. It’s their way off the campus but in a safe environment of a family. So Brett knew a lot to tell about the academy. So was lucky to have this “guide” showing me this academy.

We first started with the Chapel. The design is very intriguing from the outside but the inside is even more special I thought. When the sunlight beams through the colorful glass it is glowing throughout the chapel. 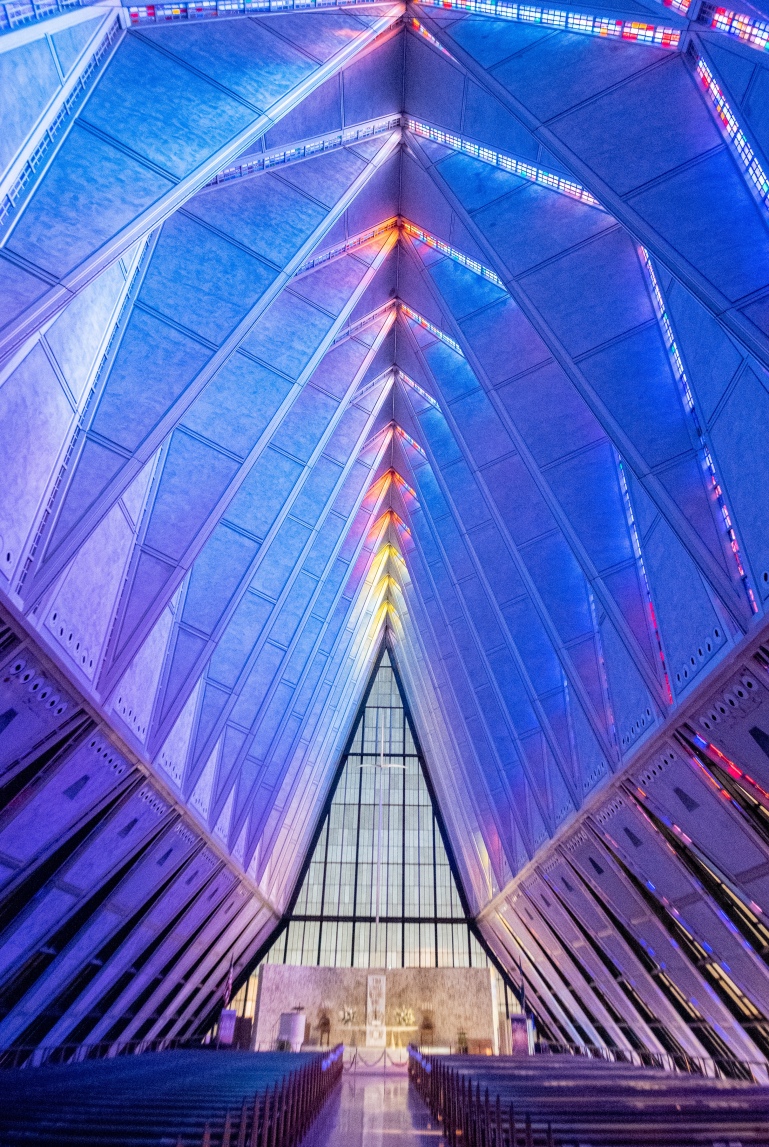 Such pretty colors beaming through. After that we drove through the campus a bit and stopped at their Football stadium. Liked how the seats wrote out Air Force. 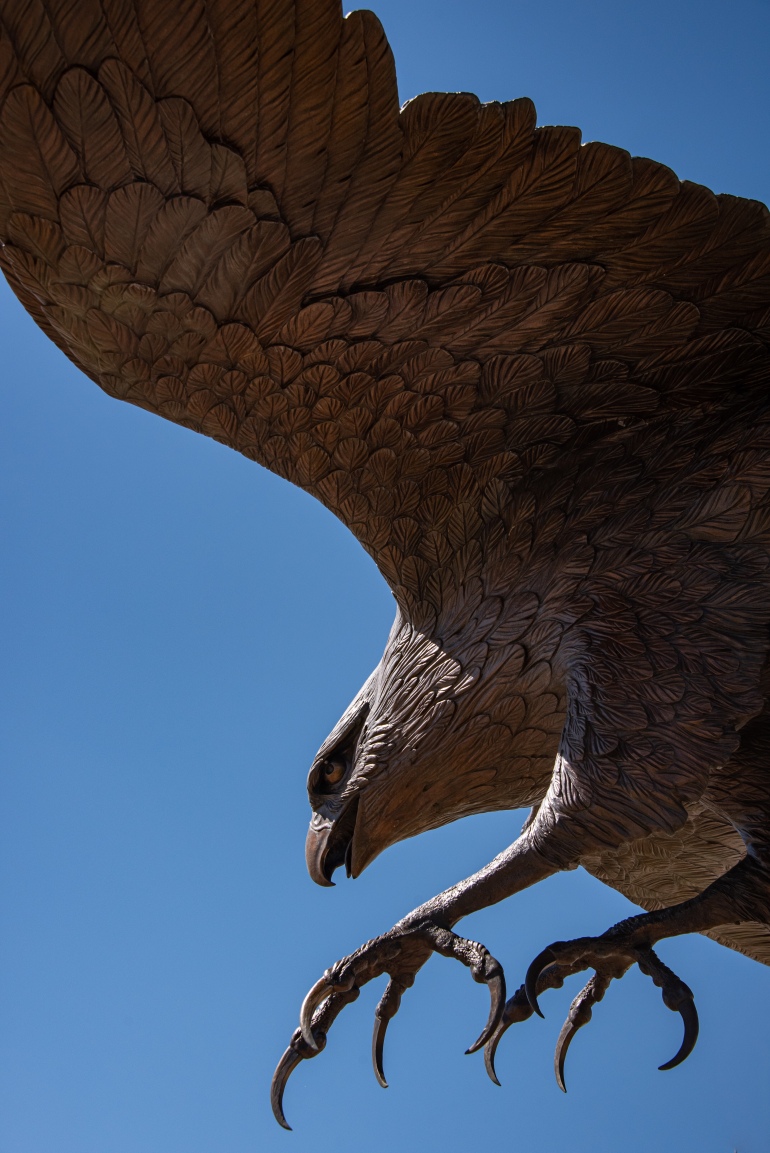 Their mascot is a falcon and there was a pretty statue just outside the stadium. What a great way to start the morning this has been!!

But it got better as she brought me to a Dutch bakery. 😎 Boonzaaijer’s. Oliebollen, tompoezen and filled almond cakes. Need I say more? They also had a mini market next to it and shopped quite a bit. A lovely thing to be in a rv instead of trying to fit it in a suitcase.

We went to her home after that and enjoyed some of the Dutch goodies. And then we headed to monument. There was a little market we stopped at and then we headed off road riding on a mountain. Yes! That was super cool and the views were amazing. 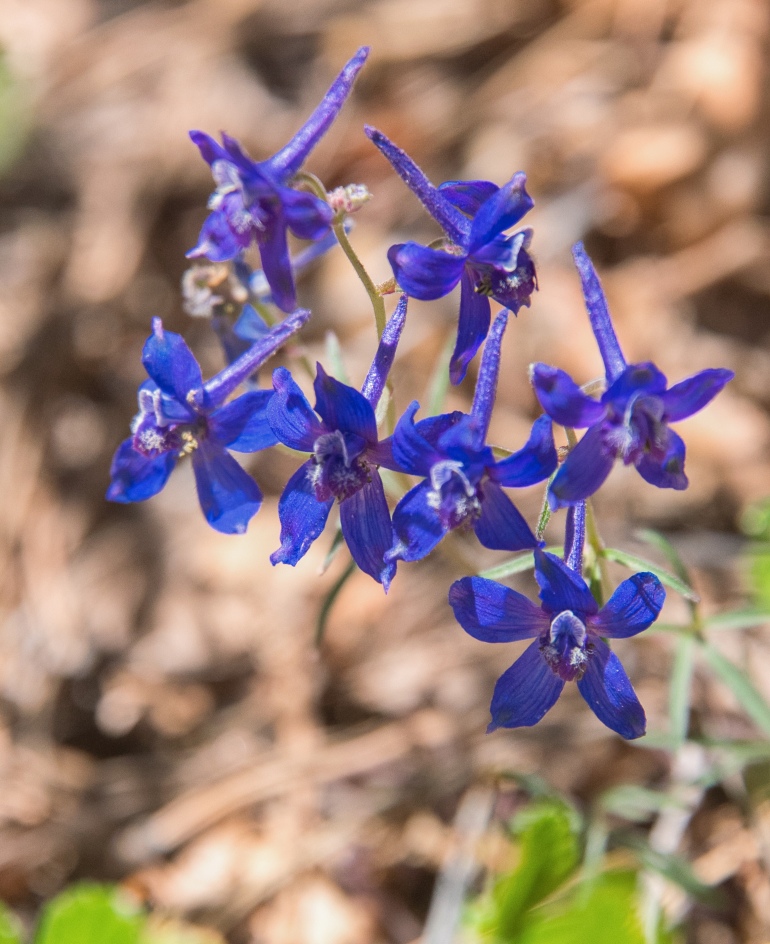 What a great few days!!